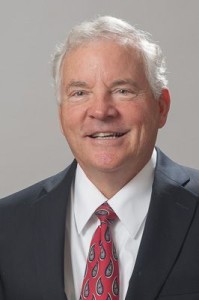 Mike is a native of Rockmart, Georgia and practices in the firm’s Cedartown office. He has been lead counsel on numerous matters of complex litigation in federal and state courts, including successful appeals. Since joining the firm in 1999, Mike has successfully tried, mediated or otherwise settled numerous personal injury cases or other insurance claims, resulting in millions of dollars in awards to clients of the firm. His experience has included class actions, complex litigation, personal injury and wrongful death for both plaintiffs and defendants. He served as lead counsel in a precedent setting case involving litigation over governmental finance in Regions Bank vs. City of Bremen, [City of Bremen, et al. vs. Regions Bank, et al., 274 Ga. 733, 559 S.E. 2d 440, 02 FCDR 343 (2002)]. Most recently, after years of litigation, Mike was successful in a precedent setting case involving noise nuisance in the State of Georgia. [Oglethorpe Power Corp., et al. v. Forrister, et al., 289 Ga. 331, 711 S.E.2d 641 (2011)]. He has served as City Attorney for the City of Cedartown and Rockmart for over twenty years. In addition, he serves as legal counsel for the Haralson County Water Authority and several area development authorities. He has been a frequent lecturer and guest speaker in the area of municipal law, especially ethics in government. He authored and co-founded the Georgia Municipal Association’s Model Code of Ethics. Mike has been designated as a Georgia “Super Lawyer” and “Top Attorneys in Georgia”, along with several other recognitions. Mike is a certified mediator with the State of Georgia. Mike has has also presided over numerous arbitrations as has served as a Special Master. Mike has participated in, mediated, or arbitrated over 100 cases or disputes to a successful conclusion. Mike presently serves on the Board of Ordained Ministry of the North Georgia Conference of the United Methodist Church having been appointed for a four year term (2016-2020). This Board of Ministry is involved in all aspects of review of candidates who are seeking a ministerial position within the North Georgia Conference of the United Methodist Church.

Mike was the first Chairman of Cedartown’s Community Relations Commission and is a Permanent Life Member and Secretary of the W. D. Trippe Optimist Youth Foundation. Mike serves as Director and Secretary of SouthCrest Financial Group. He has provided pro bono legal services to the United Methodist Church throughout his career and serves as legal counsel for numerous Methodist organizations. He has served his local Methodist Church in many capacities including Past Chairman of the Administrative Board, Chairman of the Finance Committee, Chairman of the Staff Parish Relations Committee and in numerous other roles. He and his wife Beverly have three children and nine grandchildren.