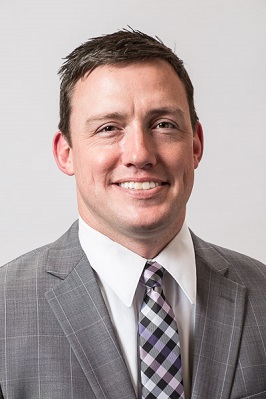 Lint joined the firm as an associate in 2016, and practices both criminal and civil litigation. He was born in Athens, and was raised in Elberton, GA. After playing baseball for two years at Young Harris College, Lint transferred to the University of Georgia, where he graduated with a B.B.A. in Banking and Finance in 2002. He worked for SunTrust Bank in Atlanta, before returning to Athens, and studying at The University of Georgia School of Law in 2005. Lint spent the summer of 2007 in Rome, clerking for McRae, Smith, Peek, Harman and Monroe, LLP before his final year of law school.

With a desire to practice daily in a courtroom setting, Lint began his career as an Assistant Public Defender in Lumpkin County. In 2010, he was hired by The Semrau Law Firm, P.C. in Marietta. With a primary focus in criminal defense, Lint handled cases all over the Metro area, including Cobb, Fulton, Gwinnett, DeKalb, Forsyth, Clayton, Paulding, and Douglas Counties.

In 2012, Lint opened his solo practice in Atlanta, The Law Office of Linton S. Johnson, III, LLC. He handled a multitude of serious felony, misdemeanor, drug possession, civil forfeiture, DUI, and other traffic-related matters. Lint brings a tremendous amount of courtroom knowledge from his prior positions and is expanding that into his civil litigation practice with MSP.

Lint has two young daughters, both of whom are in elementary school. On the weekends, they enjoy camping and attending their soccer games.